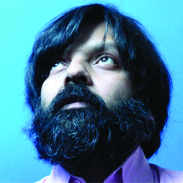 Nick Coleman: The Train In The Night. £4
Sat 2nd June, 16.00, Clissold House
An intriguing personal story of the struggle of going deaf with a musical backdrop of why music should not drop back but be a positive department in the NHS, together with Barney Hoskyns whose in-depth writing on Laurel Canyon has kept me entertained for many years.

Growing Up Black: Dennis Morris In Conversation With George Alagiah. £6
Sat 2nd June, 17.00, Venue – Library Gallery
Dennis Morris is a superstar of photography, & his photography has always been of relevance to me as an Asian that grew up in the Black Country, Wolverhampton, under the influence of Powellism. Whether it’s his social or musical work, which for me go hand in hand, he is the A1 sound, and on the back of George Alagiah’s BBC2 research into how Britain got so mixed up culturally, both of them together will bring about discussion usually reserved to the likes of Cafe Oto.

John Cooper Clarke With Simon Day. £15
Sat 2nd June, 19.30, Town Hall
Johnny Cooper Clarke I have always considered a modern day John Betjeman, I saw him a few years ago in Angel, and he has lost none of his tang*. It would be good to hear more about his time of living with Nico, but in any case people don’t wear shit stoppers like that any more.

A People’s History of London with John Rees and Lindsey German. £4
Sun 3rd June, 17.00, Abney Public Hall
With a mayor like Boris back in it’s sometimes hard to think there has ever been any protest in London’s history, but thankfully there is bendy bus loads.

How To Draw Comics with Adam Murphy and The Phoenix, Age 6+. £3
Sun 3rd June, 13.00, Town Hall
Tiddlypeeps
My youngest son is an ardent drawer, a Willie Rushton of our household. Luckily he’s six years old, and will be able to make such a workshop, even if he has to be forced to – such a thing.

In summary there’re so many good things on, the unfortunate thing is that some of them clash, but that shows how on the button the literary festival has become.

* tang not to be confused with thang, and certainly not thong.