W B Gooderham (Wayne to his mates, which includes us at LitFest Towers) is the author of Dedicated to… The Forgotten Friendships, Hidden Stories and Lost Loves found in Second-hand Books, published by Bantam Press. RRP £9.99. Follow him on Twitter @wb_gooderham. 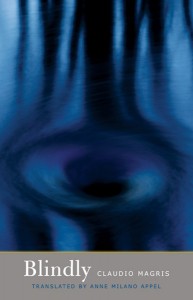 Blindly by Claudio Magris (translated by Anne Milano Appel)
Yale University Press, £0.99
In a non-linear narrative freewheeling across two centuries, asylum inmate and militant anti-communist Comrade Cippico relates the story of his life. Or rather lives – for Cippico also believes himself to be Jørgen Jørgensen, 19th-century adventurer and one-time king of Iceland. This is heady, disorienting stuff, the stories overlapping and intertwining – often within the same paragraph – as history is presented as a bloody series of prisons, revolutions, sea journeys and shipwrecks. A work of flawed genius and one of the best novels of the year. 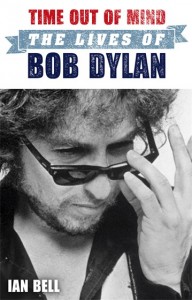 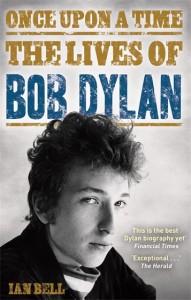 Once Upon a Time / Time Out of Mind – The Lives of Bob Dylan by Ian Bell
Mainstream Publishing, £8.99 each
Taken together, these two volumes clock in at well over 1,000 pages and set out to place Dylan in the historical, sociological, political and musical context of America. The result is a work that is as knotty, beguiling, contrary, infuriating and ambitious as its subject. It is also perhaps the most vital Dylan biography yet. Absolutely essential. 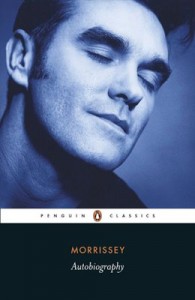 Autobiography by Morrissey
Penguin, £8.99
Yes, it could’ve done with an editor (or three) to prune back the more purple passages. Yes, the Smiths court case becomes more than a tad repetitious. And yes, the American spellings throughout are a constant annoyance. But this is also a highly entertaining, genuinely moving and consistently fascinating read – with real splashes of literary brilliance throughout. Make sure you nab the paperback edition though, as by all accounts the hardback and US editions have had been expunged of all references to Morrissey’s two year relationship with photographer Jake Walters (a scandalous omission). 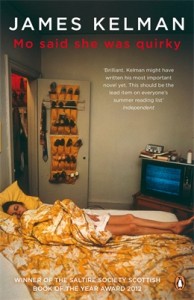 Mo Said She Was Quirky by James Kelman
Penguin, £8.99
OK, this was first published in 2012, but the paperback edition only came out this year so technically it still counts. Mo Said… is 24 hours in the life of a croupier who may or may not have spotted her long-lost brother while travelling home from work. From this slight premise follows a long, dark(ish) night of the soul which is far from Classic Kelman (for that seek out A Disaffection or his masterpiece, Kieran Smith, Boy) but, as a character study, this a small gem of a novel.