Ask a librarian. Expect them to know everything, or maybe be even interested in books. A fallacy, in my experience. ‘I’m so over Don De Lillo and Cervantes, what next?’ Ask the World’s Coolest Librarian (allegedly) for five book recommendations of the year for the Stoke Newington Literary Festival gag (this) – well – this is what he got and you might get, if this helps with anyone’s Don or Don dilemma. 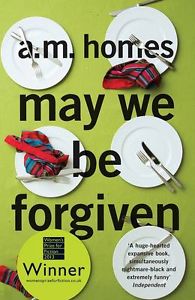 May We Be Forgiven by A.M. Homes (Granta, £8.99) isn’t quite the Biblical/mythical Cain and Abel tale of two brothers involving death, madness and the post-modernist unreliable narrator, but close. A smart, knowing detourne of the family saga trope: don’t fuck your brother’s wife – or fuck your husband’s brother – unless prepared to reap what you’ve sowed. Laughs, lust, literacy and loquaciousness ensue. And non-alliterative poignancy. 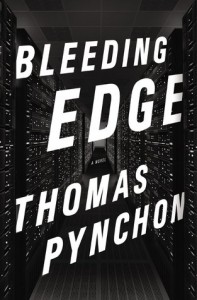 Of course, one points the finger at Thomas Pynchon as being responsible for this (especially American) po-mo prose pose. Bleeding Edge (Jonathan Cape, £20.00), a tale of web (and black web) development, conspiracy theories and putative terrorism marks a welcome return to his signature style (almost self-parodied) after recent stoner slop romps. All characters are deceptive, maybe duplicitous or else doomed. A mystery packed with fact, wrapped in a dubious fiction. Little alliteration, more poignancy. 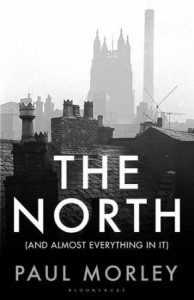 Another knowingly arch author interrogating style while informing it is, of course, Paul Morley. His The North (and almost everything in it) (Bloomsbury) is part memoir, part museum, part myth, and a nearly musical evocation of history and heritage. Characteristic cryptic style tells tales: great reverse time travel through the characters, achievements and importance of the North in history. Illuminating, inspired, informative and irritating in the same instant. Certainly, this resonated with my experience of growing up in the North and later returning to it. Then leaving, again. The psychogeographical importance of the Stockport Viaduct has never been better expressed (not even by L S Lowry, heavily referenced, here). Alliteration-a-go-go, as anticipated. Plus pre/post-punk poignancy. 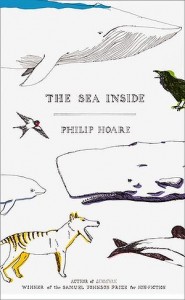 More memoir mixed with marine musing in Philip Hoare’s The Sea Inside (4th Estate, £18.99): a pean to porpoises, a delight in dolphins, a celebration of cetaceans. A whale of a tale, indeed, enriched with quirky characters acoss history drawn to the sea and its threatened abundance, from the author of Samuel Johnson Non-Fiction Prize-winner Leviathan, or The Whale and co-curator of the online feast Moby-Dick Big Read project (Melville’s masterpiece, variously voiced, chapter by chapter). A winningly swimming narrative. Little alliteration, plenty of poignancy. 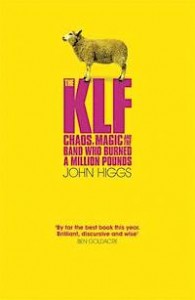 Finally, fact, fiction and fantasies have a three-way in John Higgs’ The KLF: Chaos, Magic and the Band who Burned a Million Pounds (Phoenix, £9.99), a discursive diversion through the history of one of the world’s bestselling singles bands. Dada, Discordians, Surrealists and Situationists inform a riveting text that bravely attempts to explain that the answer to ‘What Time Is Love?’ is, indeed, ‘3AM Eternal.’ And more. Almost no alliteration, alas, but plenty of poignant pop.

And, of course, if one can’t afford these tomes in this age of austerity, there’s always the library.