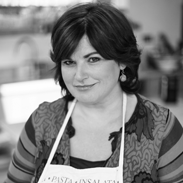 Diana Henry is an award-winning food writer, journalist and broadcaster. She is the author of eleven books including ‘Crazy Water, Pickled Lemons’, ‘Cook Simple’, ‘Roast Figs, Sugar Snow’, ‘Food from Plenty’, ‘Salt, Sugar, Smoke’ and ‘A Change of Appetite’, ‘A Bird in the Hand’, Simple and How To Eat a Peach, her latest.

Diana is the Sunday Telegraph’s food writer and has a column in Stella, the newspaper’s magazine. She also writes a monthly column in BBC Good Food Magazine and writes regularly for House & Garden and Red. Diana was named Cookery Writer of the Year in both 2013 and 2015’s prestigious Fortnum & Mason Food & Drink Awards. She has also three times been awarded ‘Cookery Journalist of the Year’ by the Guild of Food Writers. A Change of Appetite was named Guild of Food Writers Cookery Book of the Year 2015. Recent broadcasts have included a dedicated two part special on Diana Henry on BBC Radio 4 The Food Programme and she is a regular on BBC Radio 4 Woman’s Hour.