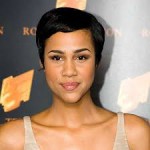 Zawe Ashton is an actress, playwright and director who started acting at the age of six. Her portrayal of Vod in Sam Bain and Jesse Armstrong’s Fresh Meat won her a cult following and the diversity of her work across television, film and stage has attracted numerous accolades. Recent credits include the BBC/Netflix TV series Wanderlust, the Netflix feature film Velvet Buzzsaw and Betrayal at the Harold Pinter Theatre. Her play for all those women who thought they were Mad will be staged for the first time this year. She lives in London.